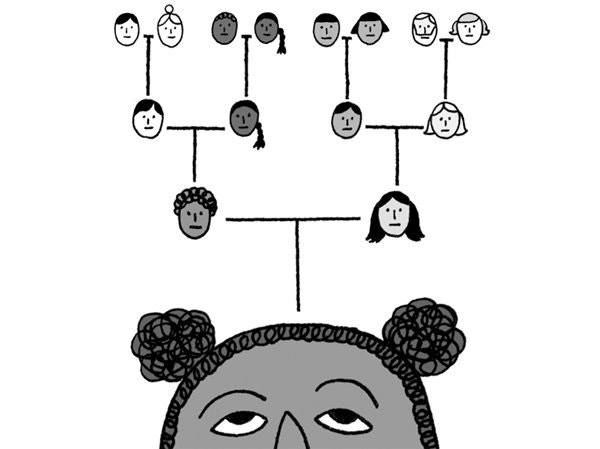 Biracial identity can be as confusing as it gets. Growing up, I was more familiar with one side of my family than my other. I was born in Sweden, but I grew up in Ethiopia. My mom is Ethiopian who grew up in Sweden and my dad is Serbian Croatian.  Since I grew up in Ethiopia with my grandmother, I adopted the culture but never blended in fully. People would call me “Ferenji” (Foreigner) or other countries' names. I was teased for being light-skinned but it never bothered me until I came back to Sweden.

As said by many, mixed-race identity is not a game of tone switching. Comments such as “damn that is so black”, “you are acting like a black woman when you get mad”, “you sound African, or you don’t”

are insulting. Being black isn’t a persona. Africa is a continent of 54 countries with diverse languages and cultures.

As Jenée Desmond-Harris said race is so important in our society that some feel unsettled when they can’t place someone or put them in the box sometimes.  What you choose to identify with is usually forced upon you by society. Working as a salesperson I have been called the N-word and slave but when I complain about racism and discrimination, I am not black enough to complain about it. I acknowledge that I do not suffer to the extent of my black family and friends but that does not diminish my right to complain about it. Yet, I choose the times I complain about a certain issue.

“What are you? What do you identify as black or white?” Really why would anyone ask this question? I personally have gotten this question several times, and I am baffled because in all honesty, I don’t get the question. I identify as both. I didn’t choose what races to be born as. Someone once told me if they were me, they wouldn’t say what I reply. I usually say am half Ethiopian and Serbian Croatian, born in Sweden. They would say “I am from Ethiopia”. That person asked why I wasn’t proud of my identity. I am but I would not want to deny one part of me than the other.

Colourism is discrimination based on skin complexion and it plays a huge role in the ways that modern society operates and picks the minorities it wants to show. However, there is also truth to the fact that being mixed can be incredibly difficult and confusing at times.

“Wow, you are so exotic.” I am not an Animal. For a long time, I was like that is a weird compliment but no it is a wrong way to compliment someone like that. Such compliments reinforce a sense of otherness.

As a mixed person, I never felt like I belonged in a group. Here studying abroad, people find the groups of people they relate to racially and identity-wise. I have done neither, nor have I actually tried. But sometimes I think it would be nice to fit in a group without the questions of what you are.

But then on applications you have the opportunity to apply as a minority, but “do I fit in that group” is a question that puzzles me. Am I considered a minority?

Do not define me by what you think you see. I am much more than what you perceive me to be. I hope that people understand that they don’t get to tell multiracial people how we identify. Each of our own experiences is incredibly unique, depending on who we are raised by, where we were raised, how we look. I have come to the understanding that my identity is mine and mine alone to define as I see fit. I am mixed. I, therefore, have the freedom of being in two separate spaces or blending multiple unique experiences. I have the power to educate and relate to more than just one group. My grandmother always says “Never compromise with who you are!”

Coming to terms with my identity as a biracial person