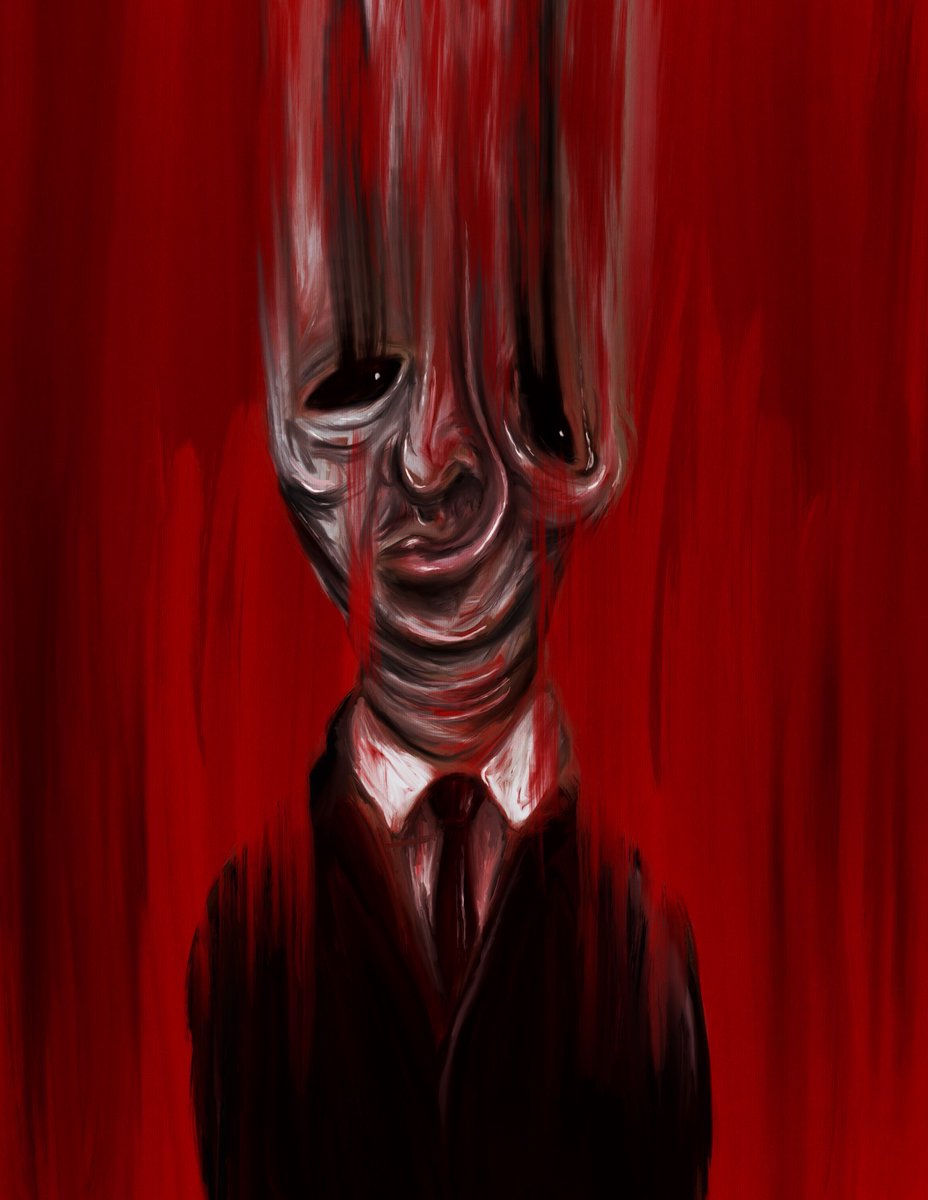 Every form of art is critiqued by the precursor, artistic establishments as ‘worthless’, or ‘lacking in artistic merit’, ‘saying nothing.’

In the 1930’s and 40’s, the caped crusader was dashing from rooftops, the man of steel was bounding across chasms and a giant Amazonian woman  was bringing the truth out of people with a magic whip. The pulpy, crazy, and downright psychedelic world of comic books and strips of the vintage era were never looked at as anything more than disposable toys for children. Cheap advertisement space.  Then, in the 1960’s, Roy Lichtenstein’s colourful and comic-book inspired pop-art hung from the walls of galleries. In the 1980’s, Alan Moore and Dave Gibbons critically acclaimed DC-published graphic novel ‘Watchmen’ was released and voted by Time as one of the 100 greatest novels ever written. In the 2010’s and 20’s, the campy, zany heroes of sixties comic books rake in billions, as the Marvel Cinematic Universe is one of the most dominant media empires to ever exist.

Take pulpy crime novels as well, once seen as lackluster writers trying to make a few bucks at the turn of the century, became the centerpoint of a movies thematic inspiration with iconic 90’s film ‘Pulp Fiction’ by critical darling director Quentin Tarantino taking the genre as its name. Or video games, now considered the new pioneer of storytelling in an interactive medium, not long ago branded by movie critic Roger Ebert ‘NOT art, by definition’ in 2010.

‘The loser now is later to win, the times they are a changin’. That is what Bob Dylan sung as an ode to the ever flowing current of times. We’re not living in the age of the digital frontier. Bitcoin, NFT’s, Generation Z or Zoomers, Instagram, Reddit, Memes, there a lot of strange words floating around in the zeitgeist today.

Instagram, for example. A word that might spark several associations upon hearing or reading it. Selfies, narcissism, ‘likes’, ‘followers’, influencers, ‘the cause of everyone's unhappiness as of late’. The app has its heap of issues, which the creators of the service have attempted to fix. Last year, Instagram began to, for some accounts, remove its ‘like’ feature. Head of Instagram, Adam Mosseri, explained to BuzzFeed News that the decision came in the interest of ‘creating a less pressured environment where people feel comfortable expressing themselves’.

But alongside the many social ills and issues that can be raised when discussing Instagram, here’s a curation of four artists I have collated together to give a glimpse into the surreal world of Instagram art and curation. It may help you spice up your timeline, and help the app be a force for creativity and inspiration rather than comparison and unhappiness.

While Instagram can be home to some truly genre-defying things, it’s still a welcome home for some more ‘traditional’ artists. I say traditional, as Adam Yates weird blend of the macabre and the colourful is anything but what I’d call traditional. But, it’s certainly something that can exist without the aid of Instagram or an online community/audience. For me, it invokes some of the provocative work of Francis Bacon, with a hint of H.R Geiger and a large dosage of his own thing. Creepy, ominous faces leering out at you from a sea of primary colours, archaic and disturbed concoctions which aim to unsettle. What’s also interesting is how the Instagram platform has allowed Adam to further market and commodify his work to earn a living, something that’s very empowering for an artist. Adam provides a link to a website to order commissions and his prints through artistsourced.com

Adam also uses the Instagram page to advertise his merchandise, with several shirts and joggers laid out in the heavy-metal, gothic illustrations that look ready to be worn on stage by the likes of Travis Scott. It looks like the kind of thing I'd expect from a full-time fashion designer. It’s seriously dope and I’m considering even buying some. Curious to find out where Adam's work inspiration came from, I reached out to him through a burner Instagram account of which I have many. Adam said that from even a young age, he'd 'always just had a love for the weird and unsettling'.

These kinds of accounts speak to the homebrew nature of art Instagram, how simply through providing interesting content a person can make money out of the audiences engagement. It empowers artists and creators as a platform where it’s easy to show your work to multiple people easily free of charge, which once would have only really been possible through outlets such as graffiti street art.

This one might russell some feathers if you’re not on board with the notion that ‘art’ is simply any form of human expression. I in fact had a little debate with a friend about whether or not the contents of this page could be considered artwork.

Shaky Hand Girl is an example of an ironic, surreal ‘shitposting’ page, a new trend for Instagram users to provide content of the lowest effort possible yet also which in many cases can provide humour and satire.

Shaky Hand Girl, a spin off of Shaky Hand the regular account, certainly doesn’t put much prethought into her work. If she sees something worth photographing, she’ll take it, and the rules of photography will also be crushed underfoot. As the name may suggest, none of Shaky Hand Girls photographs are painstakingly balanced.

To precariously risk sounding pretentious, I think the abundance of these low brow, low effort meme pages predict an interesting trend in humanities socio-digital growth. In the age of Romans, graffiti etched onto the street walls would have been seen as the juvenile scratchings of the underclass. Now, it is seen as a vital historical insight into the life of the commoner, or even the criminals of the Imperial era. It is possible that so too will we see these many, logic-defying, surrealist meme pages reacting to current events and trends as a look into life in this early millennium, from a perspective where we’ve grown and become something much more.

The value of low-brow art has always been there, despite the snobbery and dismissal faced by the art elites. Duchamp's famous sculpture, Fountain, a graffitied urinal, served as a middle finger to the art establishment and their limitations of what art is valuable. Duchamp is seen as a seminal figure in low brow art movements such as the anti-art movement and Dada. If a urinal can make such a significant impact on the art world, why can’t the surreal scratchings and yammerings of Generation Z?

There is an art to curation itself. Art historian Hans Ulrich Obrist said that a curator is ‘a catalyst, generator and motivator.’ This is half the game alone with Instagram. People use it to create compilations of their day to day life, and to curate and show what they deem worthy enough. When it comes to aesthetes, Instagram has been made a haven for those intending to create moodboards and creative visions.

Cyberwaves (@cyberwaves420) is one example of an account that fits this mould. If the first two demonstrated a traditional and ironic approach to art, this is more of the big picture.

Cyberwaves aesthetic fluctuates between cyberpunk futurism, dark gothic heavy metal visages, and psychedelia, with images on display sourced from all over the web.

Another suggestion if you are intrigued by the idea of these moodboard and curation accounts is Lucidliminality (@lucidliminality). A collection of serene, elegiac and sometimes eerie imagery that fall under the genre of ‘lucid space’. Lucid space has been a repeated trend among some online circles lately. The premise basically relies on finding imagery that evokes a feeling of something lacking, an absent presence.
This is often expressed through places that may carry with it an association of childhood, but without the presence of people. Or captured through a blurry, obsolete camera lens. If you want to experience a hauntology of repressed and newfound emotion, this is your outlet.

That's all. Remember to be on the look out for stuff that speaks to you. Enjoy your Instagram browsing.

Instagram and Art: What creativity is to be found online?